Guardamar del Segura is situated at the south of the Region of Valencia on the Costa Blanca, 25 km south of Alicante International Airport.

It is considered a first class Spanish Tourist Resort both by Spaniards and International visitors alike. The beauty of the surrounding landscape comes from it´s much admired and well kept environment.

Guardamar beaches are classed amongst the most beautiful and unique on the Spanish Mediterranean Coast. There are 11 km of fine golden sand beaches bordering the long coastal dune pinewoods. Of these, 2 km are located to the north of the River Segura and 9 km to the south.

Property For Sale in Guardamar

The Guardamar Sand Dunes Woodlands surface is of 800 hectares (almost 2,000 acres), with a maximum width of 1,400 metre, almost a mile. Vegetation consists basically of eucalyptus and palm trees, other Mediterranean and introduced exotic species.

North of the River Segura you will find Els Tossals Beach, a naturist or nudist beach 1,661 meters long,

South of the River Segura, there are 7 different beaches taking up about 9 km, some absolutely natural and others fully urban on the town’s shoreline itself.

Must Visit – Isle of Tarbarca 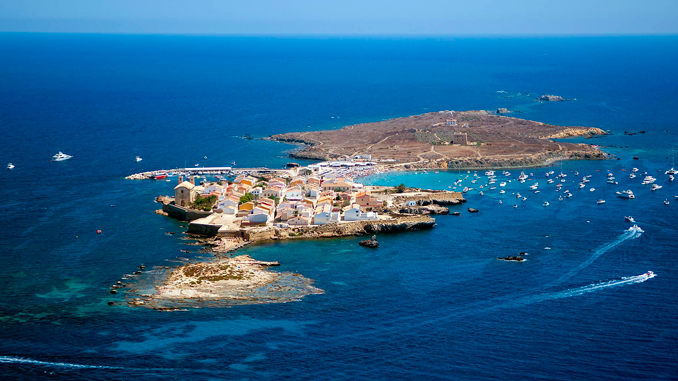 Isla de Tabarca The Island of Tabarca is as beautiful as it is quaint. Tabarca is a tiny island connected to the Spanish mainland by the ferries that travel regularly from Alicante, Santa Pola and Torrevieja. If you are staying in the Alicante province it is well worth a day trip, but remember to […]

Our Seafront Promenade borders the lively Centre Beach where you can enjoy fine cuisine.

Cuisine in Guardamar prides itself in the most authentic essence of Mediterranean cuisine with a good list of traditional high quality restaurants.

Furthermore, a wide gastronomic range is available where you can enjoy our fish and seafood, rice dishes and typical ‘guardamarenc’ stews, a good Argentinian meat barbecue, a nice meal of pasta or pizza as a family.

You might decide to go out for Spanish tapas with friends or, simply, discover new flavours in restaurants of oriental food, kebab, tex mex, etc.

Declared a Site of Community Interest (SCI), these are two of the most beautiful natural spots on the Costa Blanca. The dunes are formed from the sands contributed by the sea, forming a several dune cords that covers the entire district coastline, from north to south. They are a very attractive space where you can take a walk by the sea surrounded by nature.

This forest space bordering the Mediterranean coast has 800 hectares (almost 2,000 acres). Originally, it was a set of moving sand dunes that were fixed planting different species such as pine, palm, cypresses and eucalyptus trees.

At the end of the 19th century, the dunes were advancing into the town at a rate of between 2 and 8 meters per year. To fix this, a reforestation project was lead by the forest engineer Francisco Mira Botella. The reforestation, which began in 1900 and ended in the 1930s, has given rise to the current consolidated coastal forest mass, known as ‘la pineda’ or ‘pinewoods’. In it a nursery and several forest buildings – from the early 20th century – are preserved.

More than 600,000 trees were planted over four decades creating a landscape environment of extraordinary ecological, tourist and cultural appeal. A museum in the city centre celebrates the work of Mira.

Known as ‘The Forest House’, it is dedicated to the memory of Mr. Francisco Mira Botella, the renowned engineer, his work and the history of the Guardamar Reforestation Plan. On show there is a wide photographic collection, furniture and fixtures related to the reforestation of the dunes carried out under his management and supervision.

A major restoration of the museum was carried out in 2019 with local council and European funds. During the work, a part of the original building’s original structure was recovered. It now shows the materials that remained in the house, some of the forest rangers’ objects and a collection of objects from Engineer Mira’s home in the inland village of El Fondó de les Neus/Hondón de las Nieves.